A Date Night at Shen Yun in Boston! [Discount Code]

Shen Yun is performing in Boston from April 2 to 10

Now that shows are back in Boston and locally, I've been hoping to arrange a really special evening out with my husband.  It's been a long two years. We were careful about not going to restaurants and, of course, most shows were put on hold.  Living with three teenagers (!), we're ready to step out again for some time together just for us.

I've seen the posters for Shen Yun for a number of years -- so beautiful!  But Shen Yun is so much more than artistry, beauty and skill; it's uplifting, inspiring, even life-changing. It's the perfect show to see as everything re-opens from the pandemic and we welcome a beautiful new Spring. Shen Yun was able to provide me with tickets to the April 2nd evening performance -- our date night was in motion!

Saturday was a gorgeous sunny day and the streets and the Common were filled with people strolling to enjoy the nice weather.  We grabbed a quick and delicious dinner at Guy Fieri's Boston Kitchen + Bar (great kobe beef burger!) and then headed to the Wang Theatre to join lots of excited Shen Yun fans.

Shen Yun is a very unique show.  Each half is made up of 8 or 10 short performances, each with its own story or meaning.  The back of the stage is an enormous 3D full-color animated projection of beautiful scenery, Chinese city scenes or live action.  During each short performance, the dancers interact with the scene on the screen -- for instance, a dancer on stage runs up the short set of stairs at the back of the stage and leaps off it, magically appearing on the screen and flying off into the scenery.  It was an amazing effect and perfectly timed.

The performances included classical and modern Chinese dance, song and instrumental performance.  Traditional Chinese dance is like nothing I've ever seen -- a seamless mix of graceful ballet and athletic gymnastics.  The costumes were absolutely stunning, and many performances featured colorful and flowing traditional gowns.  In particular, the Plum Blossom in Spring performance was extraordinarily beautiful; the dancers each carried large plum blossom fans and formed into different groupings that resembled plum trees covered in blossoms. While most of the short performances featured traditional dances and themes from 5000 years of Chinese culture, a few of the segments were more modern and focused on the clash between traditional Chinese philosophies and religion and the current communist regime.  A common theme among the performances is the traditional practice of Falun Dafa, which venerates truth, compassion and forbearance, and the benevolence of the great Creator.

Each performance was introduced by American and Chinese narrators, who explained the story and also key points about Chinese dance and music.  All of the introductions were presented in both English and Chinese.  The entire show was a fascinating education in traditional Chinese culture, dance and music. 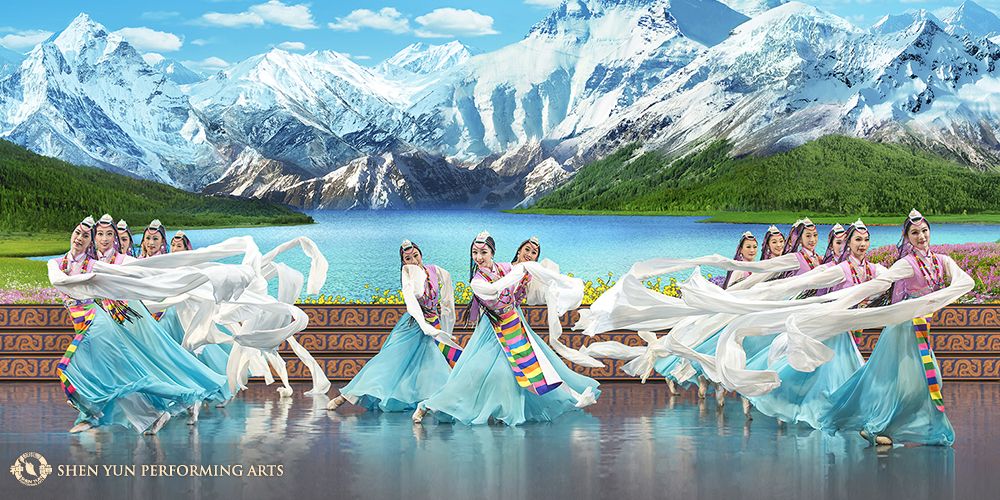 Throughout history artists in almost every culture looked to the divine for inspiration. Art was meant to uplift, bringing joy to those who created and experienced it. Today, Shen Yun Performing Arts pays homage to this tradition, weaving the wisdom and virtues of Chinese civilization with ancient legends and modern heroic tales on stage.

SHEN YUN brings to its audiences a whole new experience, revealing a China untainted by communist rule. Be prepared to traverse time and space and be mesmerized by the action, humor, and beauty of five millennia. It’s an experience that will uplift your spirit and touch your heart.

“Five stars! I’ve reviewed about 4,000 shows. None can compare to what I saw tonight.”  —Richard Connema, Broadway critic

Shen Yun is performing at Boston's beautiful Wang Theatre from April 2 to 10.  Use code MKID22 to have ticketing fees waived.

Or plan a special trip to Providence to see the show on May 7-8 or Burlington VT on May 21!

I was provided with free tickets by Shen Yun for the purposes of this review; no other compensation was received.